My video, Avalanche, is presented below. I think it's the most important project I've ever worked on. I hope you'll share it widely.

Click here for an alternate version with descriptive audio for the visually impaired.

If you’ve watched the video and still aren’t convinced that this is all about turnout, consider this:

Included in that first group: Florida, Michigan, and Wisconsin — three states that figure in the video — states that went for Trump by razor thin margins. That leaves Iowa as the only state in that group of top fourteen voter participation rates that actually went solidly for Trump.

As you steel yourself to vote even if you’ve never voted before and even if you fear that your state is too “deep red” for your vote to make a difference, consider this:

There is not a single state in the union that could not have been flipped the other way four years ago by the eligible voters who opted out. NOT A SINGLE ONE! Not California, not Alabama, not Kentucky, not Massachusetts. Texas’s margin was surprisingly slim. (Washington, DC went so overwhelmingly for Clinton that there were not enough unclaimed votes to make a difference. But, of course, Washington, DC isn't a state.)

The video involves lots of information. I’ve tried to present it in a way that will make sense to any reasonably intelligent adult or teenager who cares about democracy.

If you’ve watched the video and are interested in where my numbers come from, you may be interested in knowing that I’ve used a spreadsheet to do some calculations and lots of analysis. The raw numbers at the heart of it all come from multiple sources. Those sources are listed below.

In case you want to see my spreadsheet (to verify that I haven’t fudged the numbers or so that you can check my math) here’s where to find a copy:

I’d recommend downloading it and opening it in Microsoft Excel. Opening it in your browser may not provide the best experience and may not give you access to all of the data. The spreadsheet has multiple tabs and it may not all be labelled very well. Sorry. I built it for my purposes, not yours. If you’re familiar with Excel, you should be able to figure out what you're looking at pretty quickly. I’ve tried to color the most important cells to make it easy to find what’s most important. I hope that’s helpful.

Having been made aware that the length of the video may not mesh with some folks’ attention spans, I’m currently working on a series of still images to convey the same information in a less dynamic way. Here are the first four: 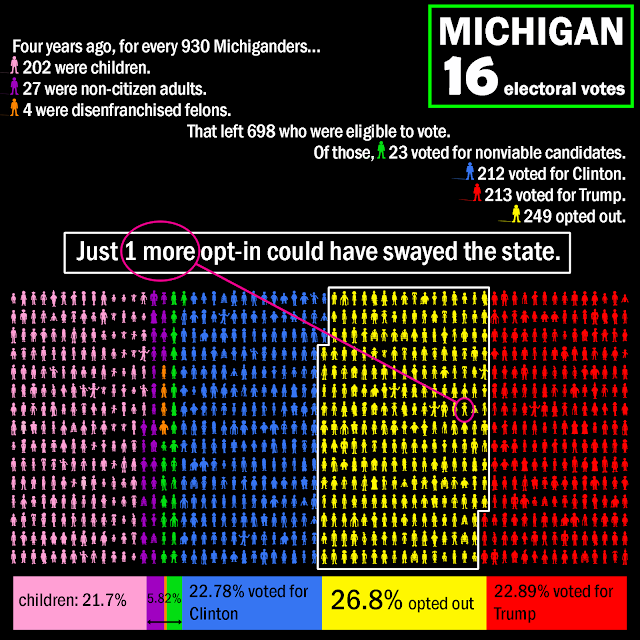 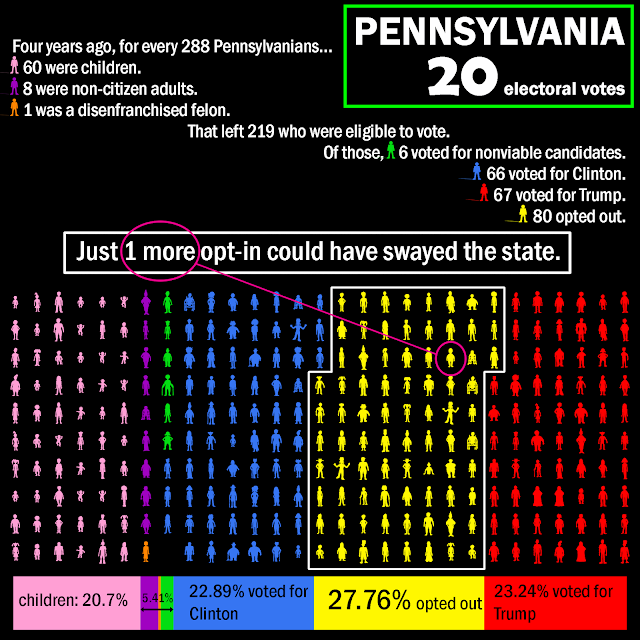 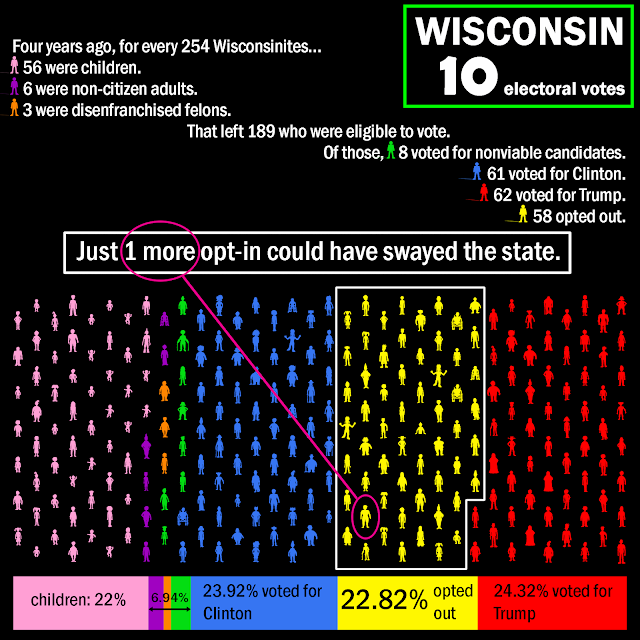 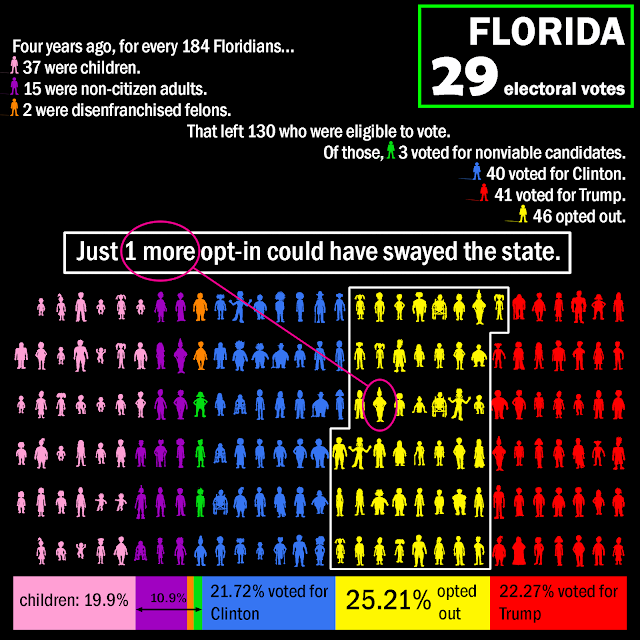 Here are the next two still images: 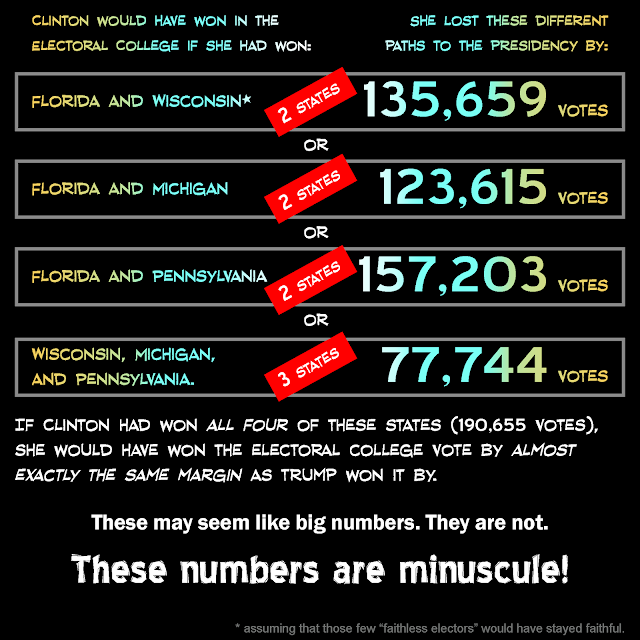 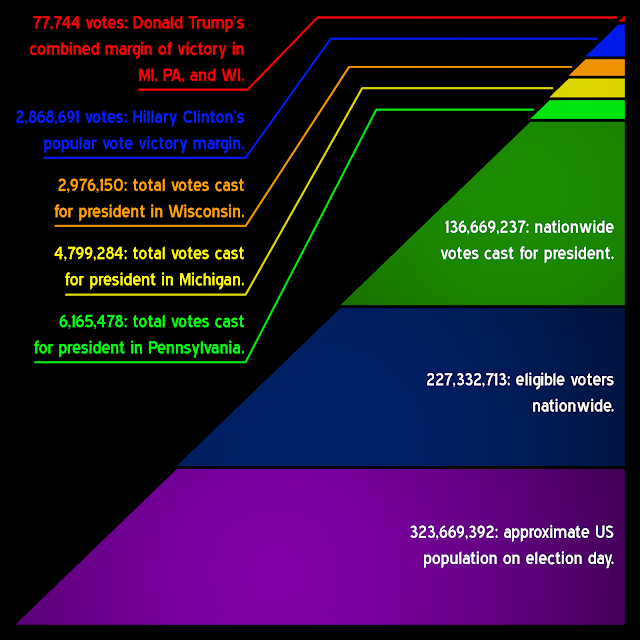 I hardly ever do any posting to The Repeal of Gravity Blog nowadays. Mostly I do my online posting to my Facebook account, which is set up with privacy protections so that I'm sharing with my small group of friends and my somewhat larger but still pretty smallish group of Friends. Today I'm reposting something here that I posted there last week, simply because I want to make sure that it really is a public declaration. This is not my best piece of writing. It's not the most important thing I've ever said. It's not the thing that I would most want to be remembered for. I merely want to add my voice, unabashedly, to a righteous chorus [however small, however quiet]. What follows is that contribution. -------------- Anyone with a working brain and any sense of the world knows that heinous terrorist acts committed in the name of Islam and/or Allah are not in any way representative of Muslims in general. Likewise, anyone who's been paying attention in the last
Read more